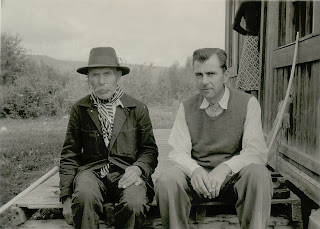 The urban experience is a relatively new one for us.   The oldest cities emerged from 5000-3500 BC, slowly evolving out of antecedent Neolithic villages and settlements throughout the world, some of which date back as far as 10,000 BC.  George Cowgill gives us a solid review.[1]  And agriculture - the productive excess of which urban living depends - is, of course, also a new business for humans, emerging around 10,000 BC after hundreds of thousands years in which we gained sustenance by hunting and gathering.  That these events – from primitive times to the greater complexity of urban life – have been lined up as a progressive scheme is not surprising.  Progress, as I discussed before, has two principle meanings: one is a developmental one in which advancement through a process is meant; the other suggests improvements, indicating that each step is better than the last.  Attempts in early anthropological theory to classify the elements of culture, and then theorize them as a developmental sequence of different stages of culture (“ethnical periods”) emerged as a successful paradigm for anthropological work in late Victorian times.  The idea that prevailed in those early days was that culture evolved through time, that it was directional, that it was represented by a succession of traits that moved towards a particular end, that the changes represented improvements, and that cultural retrogression was the exception rather than the rule.[2]  That is, there was belief that social evolution was progressive in both senses.

[1] Cowgill, George L. (2004) Origins and Development of Urbanism: Archaeological Perspectives
: Annual Review of Anthropology, Vol. 33, pp. 525-549
[2] See Introduction to Part II in Applebaum, H (Ed) (1987) Perspectives in Cultural Anthropology.  SUNY Press
[3] Johnson and Earle (2000).
[4] See Murphy, Robert E (1987) in Applebaum, H Perspectives in Cultural Anthropology.  SUNY Press.
[5] Hylland Eriksen, Thomas, Sivert Nielsen, Finn (2001) A History of Anthropology (Anthropology, Culture and Society) Pluto Press
[6] Steward, J. H. (1949), Cultural causality and law: a trial formulation of the development of early civilization. American Anthropologist, 51: 1–27.
[7] Steward distinguishes primary from secondary basic from secondary features of culture as follows: “If the more important institutions of culture can be isolated from their unique setting so as to be typed, classified, and related to recurring antecedents or functional correlates, it follows that it is possible to consider the institutions in question as the basic or constant ones, whereas the features that lend uniqueness are the secondary or variable ones.” Steward, 6.
Posted by DublinSoil at 3:12 PM