Bradford pear (Pyrus calleryana) and the smell of semen

Bradford pears are about to bloom.  Tends to be a showy affair especially when they are in clusters (in Custer Av near Main St in Evanston, IL, for instance).  I can't say that I have noticed it, but to discerning nostrils apparently the early bloom smells like semen, which in turn some folks suggest smell like fish (see here).

Here's what to look for: 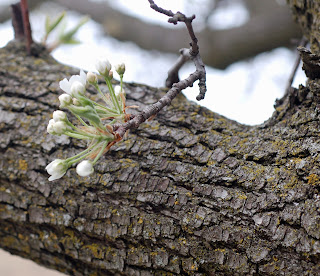 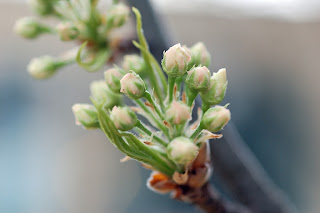 Posted by DublinSoil at 2:18 PM No comments:

Simple cotton strips can be used as a surrogate for other organic matter (leaves etc.) in the study of decomposition.  Decomposition is measured by the loss of tensile strength in the buried strip!

It is important that the strips are randomly placed in your garden. To ensure this take a small object (stick etc.) and toss it "blind" over your shoulder into your plot!  This will be your "central point. (see diagram)
The strips will be positioned around this central point.  They should be arranged as a triangle with each point about the distance of your foot (assuming it is an average foot!) with the central point occupying the center of the triangle. (see diagram) 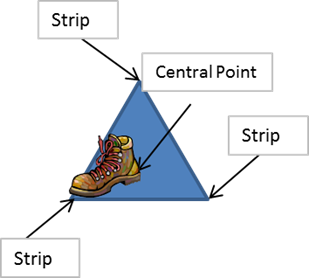 Inserting the strips into the soil.  NB For this you will need a garden spade
The strips are placed into the soil vertically.  When they are properly placed the top (marked with a label) will be uppermost and will stick out of the surface. (See photos).  BEFORE placing them in the soil a slot for each strip should be opened up with the spade.  Push spade into the soil to the approximately 9 inches.  Move the spade back and forward a little to ensure that the strip will go in effortlessly. 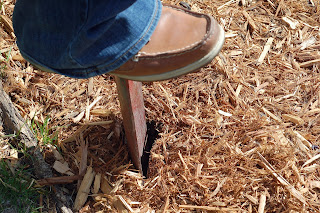 Remove the space and lay the strip along the length of the space.  The label (plastic tape) will be towards the top of the spade (closest to the handle).  Wrap the very end of the strip (where it is marked with a blue line) around the tip of the spade.

Reinsert the spade with the strip into the soil. 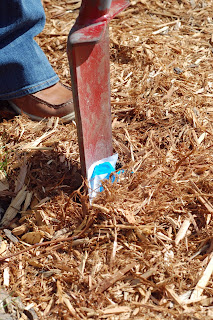 Carefully withdraw the spade leaving the strip into the ground. 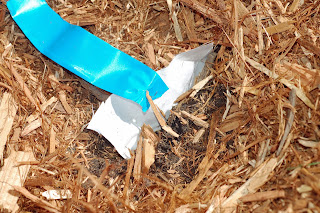 Tamp around the edges of the ground close to the strip to ensure there is good contact between the soil and the strip.

You are done with this strip!  Repeat steps 3-7 for the remains strips (completing the triangle).

Last Step: The Control Strips
This is a vital last step.  Pick a point close by to the other strip and repeat steps 3-7 with each of the 2 control strips but this time as soon as you are done remove the control strips.
When removing the strip ensure that they come out with minimal effort.  If necessary loosen the soil with a trowel, taking care not to damage the strips.


Store the controls in a place where they remain dry until returning all strips at the end of the experiment.

Removing the Strips
The strips should remain in place for 28 days (4 weeks).
To remove the strips loosen the soil around each strip with a trowel (or comparable garden tool) making sure that you do not damage the strip.
When the soil is loose gently ease the strip out of the ground.
Place all strips into the self-addressed envelope that we have provided (along with the control strips) and returned them immediately. 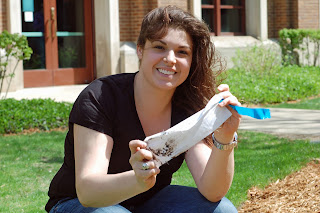 Posted by DublinSoil at 11:56 AM No comments:

Email ThisBlogThis!Share to TwitterShare to FacebookShare to Pinterest
Labels: decomposition 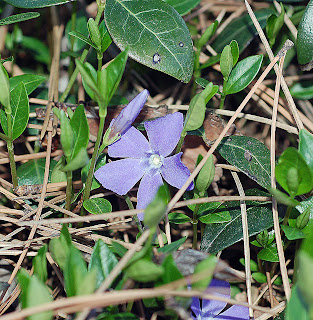 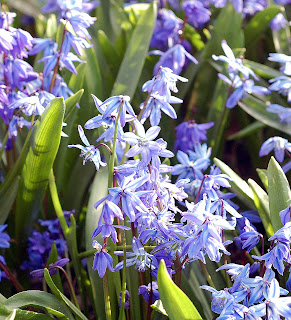 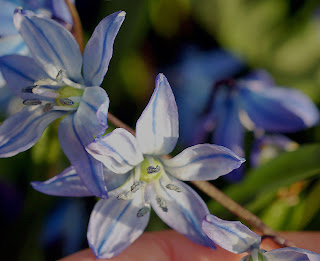 Close up of Squill

TREE ARCHITECTURE
This is a great time of year to start looking at tree architecture.  Even if you have not perfected your winter tree ID skills, take note of the branching pattern of trees and as they leaf out in the coming weeks put a name on them!  Want to learn more about tree architecture (see here) 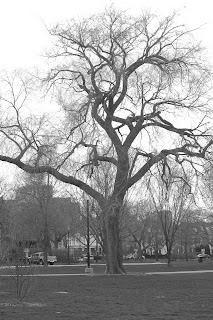 Ulmus americana (American Elm) (not the typical architectural expression for this tree). 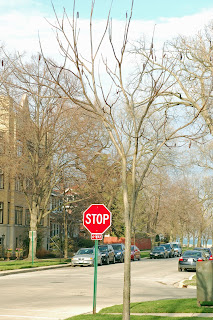 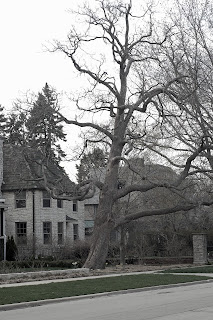 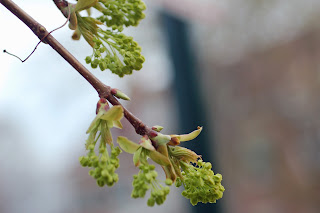 Acer platanoides Norway Maple.  Notice opposite buds.  As the trees grow this arrangement of the buds continues to be expressed in the shoots, branches, limbs etc. 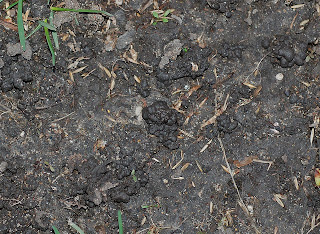 Links to some of my recent stuff

Center for Humans and Nature: http://www.humansandnature.org/blog/unseen-commonest-animal

Posted by DublinSoil at 11:42 AM No comments: 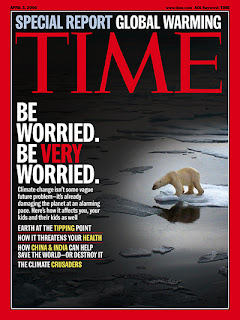 2006 was a key year for disciplines relevant to landscape scale-conservation planning.  Climate change made the April cover of Time magazine:  a polar bear stranded on a tiny floe of ice stares balefully into the melting waters above a headline that read “Be worried, be very worried.”  Thus the term “climate change”, a topic that had for some time been regarded as a pressing environmental issue by the scientific and some sectors of the policy community, came to public attention in a manner that had not perhaps happened before.

That same year at their 91st annual meeting in Memphis, Ecological Society of America, ecology’s largest professional body, labeled invasion ecology and restoration ecology as “upstart” disciplines, indicating their relative newness, and contrasting them with disciplinary “icons” (community ecology, ecosystem ecology and so on).

Moreover, green infrastructure, a concept that emerged in mid-1990s in discussions over the implementation of conservation-oriented land management, especially in urban settings, was the subject of a 2006 book by Mark A. Benedict and Edward T. McMahon, entitled Green Infrastructure: Linking Landscapes and Communities and published by the influential Island Press (Benedict and McMahon 2006).

Finally, around this time there was a growing appreciation of the value of integrating social science perspectives into land management, and this was signaled by the emergence of a body of theory known as social ecological systems research, and the assimilation of the notion of “resilience” into planning for sustainable management  (Redman et al. 2004, Folke 2006).

Taken together, climate change science, restoration ecology, invasive species ecology, social-ecological systems research, and green infrastructure planning are the predominant disciplines undergirding contemporary urban conservation management.  Considering the relative infancy of these disciplines it is hardly unsurprising that the successful translation of these disciplines into precise recipes for action are slow in coming.

Posted by DublinSoil at 10:46 AM No comments:

Do Native Gardens Help the Environment more than Traditional Lawns? Your Help Needed!

Have you native plantings in your yard or do you maintain a traditional lawn?  Do you think natives provide more benefit for the environment than lawns?  Do you want to help test it?  Join our innovate research program and put your garden to the test! 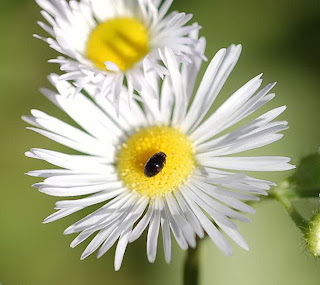 The idea is simple: we are evaluating the role of native plantings in improving soil health by measuring decomposition rates in native gardens and on traditional lawns.*

We need your help by volunteering your native garden OR your grassy lawn for this non-harmful, non-invasive, experiment.

The test is simple.  We will mail you a kit to install “cotton strips”** in your garden which you will return to us at the end of spring (June 2013).  The strips measure 5 inches by 10 inches and are very easy to put in place.

At the end of the experiment we will provide a full read out of the test and the full result of the competition between native gardens and traditional lawns!  Contact us at:  a.patrickus@gmail.com.  This work is supervised by Dr Liam Heneghan at DePaul University (lhenegha@gmail.com).

*Decomposition is the rate at which dead plant material decays.
**Cotton strip are a part of a novel technique for measuring soil processes.  A small piece of cotton is inserted in the garden, retrieved after a few weeks and the loss of tensile strength measured in the lab.

The Shame Thing: On William Jordan III's The Sunflower Forest

This came out on Friday in the LA Review of Books:
WHEN I FIRST BROUGHT a group of my undergraduate students to meet William Jordan III at Cafe Mozart in Evanston, Illinois, he told them that each year we should ritualistically destroy a small plot of virgin prairie, of which there is virtually none left in this state, in order to dramatize its importance to us. I assured them that he did not mean this sacrifice literally; he assured them that he did.
At that time, around the turn of the new millennium, William (Bill) Jordan was working on The Sunflower Forest: Ecological Restoration and the New Communion with Nature, which came out in 2003 (reissued in paperback 2012). More than any other writer I know, Bill rehearses his arguments in countless conversations and prepared talks before commuting them to the written word. I can trace remarks he made at a Christmas gathering years ago through several iterations until they became the fully formed ideas that made up his most recent book Making Nature Whole: A History of Ecological Restoration, written with George M. Lubick (2011). So, when Bill assured us he was serious about the ritualistic sacrifice of prairie a decade ago, it anticipated a theme that would emerge sometime later in The Sunflower Forest.
Several ecological restorationists with whom I have spoken over the years confess bewilderment with The Sunflower Forest; they read it hoping to get insights into the “how” of restoration, whereas the book focuses primarily on its performance, ritual and the creation of meaning. However, The Sunflower Forest and its companion Making Nature Whole were not written to appeal to the most immediate pragmatic needs of restoration. They were written to address questions about our troubling relationship with nature. In providing a new paradigm for relating to nature, Bill claimed to offer a “friendly critique” of contemporary environmental thought: of “wilderness” and of Aldo Leopold’s Land Ethic, for example. The reception to this friendly criticism has been frosty.
Read on here
Posted by DublinSoil at 3:03 PM No comments:


The ecology of urban areas has been neglected. Why? Far from being a peripheral discipline it is emerging as central one.  Why?  In fact, all ecology may, in a sense, be urban ecology.  Why? In addition to answering basic questions about nature from a natural science perspective, urban ecology must integrate the insights and methodologies of the social sciences? Why? In addition to integrating the natural and social sciences, urban ecology is a form of humanism.  Why? This grand synthesis is difficult to achieve.  Why? Urban ecology in its broadest sense provides a foundation for sustainability thinking and practice.  Why? A missing element in sustainability studies, that urban ecology addresses, is the (philosophical?) question of existential homelessness and placelessness.  Why? The contemporary human is invariably homeless and placeless (in an existential sense). Why? Participation with nature “in” the city can potentially address this rootlessness.  Why? Urban Ecology’s fundamental distinction between studies “of” the city and “in” the cities is both important and fateful.  Why?  Natural History is the foundation for studies matching the “in” the city criteria, systems ecology is the foundation for “of” the city practice.  Why?  If you attempt to learn all of Urban Ecology in 10 weeks you will fail. I wonder why?!

Posted by DublinSoil at 11:32 AM No comments: