Progress on "progress" – towards a model of social evolution 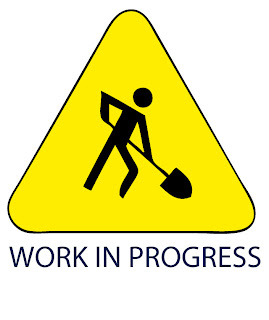 Interpreting the story of a development, any development: personal, social or evolutionary, as progressive is an enormous seduction.  Of course this is because development often is progressive in the sense that it is advancement through a process, and towards an outcome or a conclusion.  There is, for instance, a progression of steps prescribed in normal organismal development – the steps are more or less prescribed ones.  There is a second sense of the term progress, one that registers development to more advanced stages, often regarded as higher or better states (most dictionaries including OED record both senses).  Progress towards finishing jigsaw might be progressive in both sense, one advances through a prescribed sequences (this is how one solves puzzles), but also, for most of us, advancing towards the better condition of being more complete.
In matters evolutionary we are counseled to resist the seduction of seeing the process as a progressive one.  Douglas Futuyma, the evolutionary biologist, explains why: “future conditions cannot affect present survival. The enduring variations may increase the organism’s complexity or behavioral repertoire, or they may decrease it”.  There is enough said on the subject of progress in evolution to keep a dozen Scheherazades regaling their Kings for thousands of nights, though I suspect that many of these Kings would be caught snoozing.  And yet it remains almost irresistible.  The evolution of life from single celled animalcules to a multi-cellular Levitation, or better, the evolution of primitive primates to that balloon-headed Great Ape, the human, seems like a arrow-flight from simple to complex, from primitive to advanced.  This pattern is so blatant that many not only see it as progressive in the first sense, but also progressive in the second.  Kai Hahlweg, a philosopher at Bond University in Australia distinguishes three camps in this evolutionary debate.   The first group holds that the application of the term progress is anthropocentric that there is no evidence supporting a claim of evolutionary progressive directionality in evolution.  A second group rejects the idea of progressive evolution as anthropocentric, but concedes that evolution exhibits directionality.  Hahlweg places Stephen Jay Gould in this camp.  A final group thinks that “evolutionary progress can be purged of its anthropocentric connotations”, and with this done one can arrive at a acceptable scientific notion of evolutionary progress.  According to Hahlweg, Francisco Ayala, John Maynard Smith and William Wimsatt are in this camp.  It’s that camp that Hahlweg feels a close sympathy, and his thermodynamic solution is worth studying; but we won’t do that now.

For the purposes of this post, however, I merely wanted to identify and building on these three ways of thinking about progress in evolutionary discussions.  My main concern here is 1) to think about the application of the idea of progress to social evolution (development) of humans and 2) summarize one model summarizing the factors driving social evolution, the one developed by Allen Johnson and Timothy Earle in The Evolution of Human Societies: from Foraging Group to Agrarian State.   I will comment on 1) below and discuss 2) in a later post.
One way of telling the story of human social evolution goes like this:
“With the advent of Homo sapiens some 300,000 years ago, the body and brain of the contemporary human was essentially established, and humans began to evolve culturally.  By some 10,000 years ago, some humans had moved from hunting and gathering to agriculture.  Agriculture permitted concentrated population and permanent settlement.  Settlement stimulated the development of cities.  Cities stimulated the development of literacy and technology which spurred further cultural evolution.  Eventually came the industrial revolution, modernity, and the postindustrial information age.” [1]
Now James Peacock retells this story just to remind us that when the human tapestry is viewed through the coarsest of lens, removing from it the “shrunken heads, potsherds and exotic languages” one gets a sense of the broad sweep of “the story of humankind”. The degree to which one sees this story as developmentally inevitable, or as a process of improvement is, as was true for biological evolution is a matter of perspective.  Undoubtedly the earliest accounts of social change from hunter-gatherer times to civilization were widely regarded as progressive improvement by many of the Victorians anthropologists.  The idea of “evolutionism” in the anthropology of the time was influenced by Darwin (though Darwin was not always cited as the influence). The Victorians evolutionists (e.g. Lewis Morgan and E B Taylor) attempted to uncover the sequence of societal cultural in chronological order.  The object of study for by early anthropologists was “culture”, the definition of which was as malleable then, as it still appears to be today.  Edward Tyler’s definition, a celebrated one to be sure, is: “Culture or Civilization, taken in it wide ethnographic sense, is that complex whole which includes knowledge, belief, art, morals, law, custom, and any other capability and habits acquired by man as a member of society.” [2]  The anthropologist can collate the details of life of a group and then classify based upon the commonalities of a given group with others.  The regularity of the recurrence of habits and ideas provides “ever-reiterated proofs of regular causation.”  That is one must be able to get beyond the details, aggregate groups and classifying the disparate cultures in order to speculate about the evolution of one into another.
Lewis Morgan in his volume Ancient Society presents his cultural sequence from savagery, barbarism, to the state of civilization indicating that all of these are connected with each other in “a natural as well as necessary sequence of progress”. [3]  In his account of the “ethnic periods” Morgan attempts to illustrate the “rudeness of the early condition of mankind” “and of its gradual evolution of its mental and moral powers of through experience, and of their protracted struggle with opposing obstacles while winning their way to civilization.”  Both sense of progress are at play here – on the one hand and necessary sequence like that of a developing organism and an advancement, an overcoming of obstacles as each ethnic period improves on the one that precedes it.
There is more to be said about the work of this early period; I mean only to illustrate that a significant thrust in these accounts was to draw together the mass of details from early ethnographic observation and then set them into sequence, a sequence that Morgan, at least, interpreted as progressive in both senses of the word.  These early accounts of progress interpreted from the perspective of European/American intellectuals were devastatingly critiqued by Franz Boas.[4]   The anthropology of Boaz and his students was to emphasize cultural particulars, and rejected the crudes schemes of cultural evolution of their predecessors.  As Johnson and Earle point out though the Boasian attack, though it correctly rooted out the racist overtones of early evolutionary schemes went too far.  This is because there seems to be a clear chronological pattern to explain: cultural patterns associated with agriculture, industry, and our current cultural moment (what is it that we like to call it now?) are rooted in a past that was pre-domesticated.  This is not to say that the pattern is a unilinear one, or that it is progressive in the sense of improvement; it is to say that there is a pattern to explain.  The next post attempts to describe one scheme that attempts to explain this pattern.