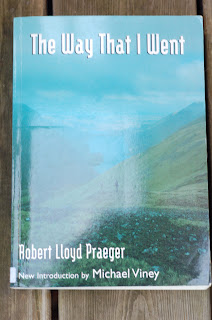 The overarching theme for our study will be an examination of the Irish landscape as a co-production of nature and culture.  Drawing upon the long tradition of Irish archaeology, landscape interpretation, and historical botany in which Ireland’s ecosystems have been investigated in order to understand both the ecological and human-historical factors that shaped them, we will create case studies assessing issues pertinent to each location we visit.  The theme of co-production is, in turn, relevant, for an assessment of environmental issues elsewhere in the world: how does one think ecologically about cultural landscapes, and how does one manage a relationship with environments which have historically been influenced by cultural factors?  Ireland has not been a wilderness in the sense used in the writings of the American tradition for almost 10,000 years.  As ecologists increasingly appreciate that we live on a humanized globe, well characterized case studies of ecologically valuable cultural landscapes, such as are found in the Irish National Parks, will be helpful in developing sustainability models.  That being said, many problems beset Irish landscapes: tensions stemming from very recent economic development as well as from the range of ecological pressures arising from global change: modified climates, invasive species, atmospheric pollution, and so forth.  We shall comprehensively analyze and learn from these.  Students will be explicitly invited to apply what they learn in Ireland to the situation in the American Midwest.
Read more »
Posted by DublinSoil at 4:26 PM 1 comment: 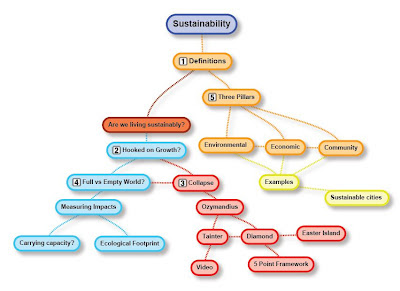 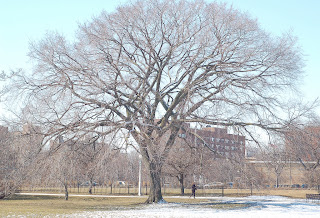 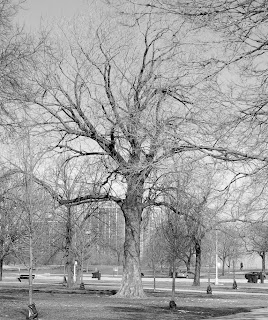 Previous post in this series: Near Kathy Osterman Beach/Lincoln Park, and Bryn Mawr to Foster for Lincoln Park, Chicago and Custer - Dempster/Chicago - Ridge for Evanston, Illinois

Posted by DublinSoil at 1:10 PM No comments:

...just out this week in Diversity... The pdf can be downloaded for free.

Abstract: We summarize the factors that shaped the biodiversity of Chicago and its hinterland and point out the conservation significance of these ecological systems, addressing why conservation of Chicago’s biodiversity has importance locally and beyond. We highlight Chicago Wilderness (CW), a regional biodiversity conservation alliance committed to protecting nature and enriching the lives of the region’s residents. Chicago Wilderness, with over 250 institutional members, has for over a decade coordinated the efforts of diverse institutions, including federal, state, and local agencies, public land-management agencies, conservation organizations, and scientific and cultural institutions. Chicago Wilderness is committed to using science and emerging knowledge as a foundation for its conservation work. CW has several specialist teams that promote an interdisciplinary approach to conservation; we focus on the work of the CW Science Team, the one team with a research mission. The scientific investigations that are undertaken to provide a knowledge base for the work of Chicago Wilderness have drawn upon a wide variety of conservation paradigms, including that of resilience thinking, which we illustrate in a series of case studies.
Keywords: urban biodiversity; resilience; ecological restoration; conservation alliance

Email ThisBlogThis!Share to TwitterShare to FacebookShare to Pinterest
Labels: Chicago Wilderness, Is all ecology urban ecology

If it's Friday at noontime, then it's URBAN ECOLOGY

I have not been this excited about a class in a while, and frankly I am always excited about my classes!  So, it should be hefty and satisfying…for me at least.

We will be using the new text (an edited collection) called “Urban Ecology: Patterns, Processes, and Applications” edited by Jari Niemela. http://ukcatalogue.oup.com/product/9780199643950.do

Although the course is designed for advanced undergraduates, I will expect them to develop a graduate level understanding of the broad themes of the emerging subdiscipline of urban ecology.  At the very least students should be able to contemplate a series of research-oriented questions in this field when they graduate the class. 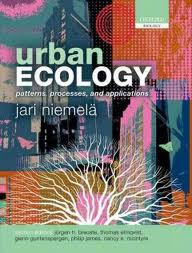 I have yet to finalize the syllabus - the plan at the moment is to survey the field by means of a series of questions:

2.         Why do more than 50% of us globally live in cities?  That is, what sequence of events resulted in us being primarily an urban species?  Especially interesting to me is thinking through the evolution of permanent architecture, something that emerged only a few instants ago relative to the age of the species.  We also ask, with some vigor, what exactly is a city?  And we conduct a fairly rapid assessment of the history of cities, concentrating especially on 20th C – present day.

3.         Cities are built habitat – in order to function adequately they must minimally facilitate the transfer of goods and service to the human population and in turn whisk away their shit.  That they do so only minimally is pretty clear in some historical and contemporary circumstances.  That they do so in a manner that encourages human flourishing is also apparent in some circumstance.  So we ask:  how, in very general terms, does the development of cities transform the urban environment, and alter the flows of goods and services into and away from cities?  Included in this section will be an examination of urban climates, hydrological transformation, and soils.

4.         What are the patterns of vegetation distribution in cities?  Elsewhere, I have distinguished between the “intentional forest” and the “interstitial forest”, that is, those aspects of urban vegetation that are deliberately planted and those that are more spontaneous – either weedy vegetation that springs up in highly disturbed situations in the city, or vegetated systems that are remnants of earlier times.

5.         What are the patterns in the distribution of wildlife and arthropod communities in cities?  Urban wildlife represents an especially distinct community of animals.  How do they survive, how does an animal adapt to life in the city.  What factors explain the recent encroachment of less familiar animals into the limits of the city?

6.         What is the state of ecosystems service provisioning to and within cities?  We will use the Millennium Ecosystem Assessment rubric for evaluating services (provisioning, cultural, regulating and supporting services) and apply it, in very general terms, to cities.  There is less emphasis in the Niemela book on supporting services like decomposition and nutrient cycling than I’d like so we will supplement the book quite heavily here.

7.         Cities can be conceived as coupled human-natural systems – what is the theoretical underpinning for, and the consequences of, considering cities in this way?  Can the CHN perspective alter the way in which we might manage resources in the city or is this just a fancy way of stating the obvious?    In this section we’ll also inspect governance theories and see what they have to offer by way of conceptualizing the future management of cities.

9.         What are the influences of city design of human health?  As part of our inspection of this topic we will read Richard Louv’s work (Richard will be at DePaul in April).

10.       The cities of the future – will they confirm our worst suspicions or most optimistic dreams?  This section will examine the history of utopian and dystopian visions of our environmental future.

More often than not my classes have a whiff of philosophy about them.  Sometimes this is fine, I hope, sometimes not, I fear.  But I will do my best to resist my philosophical urges so that we can concentrate the natural and social sciences in this version of the Urban Ecology course.  These sciences define the scope of our reading; that being said I feel confident that I am forgetting something… suggest additional themes if you feel inclined and I will update my topic list in the coming weeks.

Also, look out for descriptions of the lab project.

More than likely I’ll video tape the lectures and post them on the blog.  Feedback appreciated.

Posted by DublinSoil at 11:30 AM No comments:


He was violent?”
She exhaled.  “I don’t know.  What’s ‘violent’ anymore?  He was a teenage guy.  Then, a guy in his twenties."
—Richard  Powers, The Echo Maker

Once upon a time, there was an editor of a short-lived academic journal called Evolutiona Pathologica who was fired in disgrace.  In an interview published after his dismissal, the editor, a notoriously fastidious man, reported that papers in his journal often had a pronounced impact on the field primarily because they were unsound; unsound in their conception, imperfect in their analysis, defective in their conclusions drawn from meager data, and inflated in the claims they made about their practical implications.  The papers were often wide of the mark, he conceded, and even occasionally bonkers.  Yet, many papers were masterpieces precisely because refuting the claims strengthened the subdiscipline of evolutionary pathology.  Or so he said.

Recently, while archiving the material from the defunct journal, I reread the manuscript the publication of which resulted in the editor’s dismissal.  I also discovered an internal report on the dismissal that shed light on the case.

Before reproducing the offending paper – some of you, of course, will remember it well – I’ll remind you of some of other mildly controversial pieces that appeared in the journal.  For instance, in a rather famous special issue on the pathological origins and implications of bipedality, Professor J. P. X deRossa-Ellman made the celebrated claim that upright walking evolved to reduce the overstimulation of reflexology points on the hands and to intensify the quality of the massage on the feet.  “As hominins shifted from an arboreal habitat,” deRossa-Ellman opined, “pressure on the hands, especially on the zones associated with the small intestines inclined Australopithecines to a frightful gassiness.  In contrast, the laudatory effects of passively massaging the feet by walking on the dewy grasses of the East African savannah produced a sense of well-being that disposed our primitive forbears to recreational coitus.  Those more upright proto-humans joyously copulated thus leading to increased fitness.” To the embarrassment of the journal it was later discovered that deRossa-Ellman ran a specialized massage parlor on the near North side called “Strange Beginnings/Happy Endings”.  He also did a brisk business selling “genuine savannah grass”.  Apparently you could also smoke the stuff.

Read on at 3quarksdaily.com
Posted by DublinSoil at 10:26 AM No comments: