Kant’s body and other natural disasters

This post is part of a series of occasional posts I am working on concerning the body and ecology.  I start somewhat circuitously by examining the re-introduction of the body into philosophy in the work of Kant.
Friedrich Nietzsche, in tones braggadocio, prefaced his intellectual autobiography, Ecce Homo: How One Becomes What One Is, with the following sentence (suggestion: read it slowly and dramatically), “Seeing that before long I must confront humanity with the most difficult demand ever made of it, it seems indispensable to me to say who I am.” 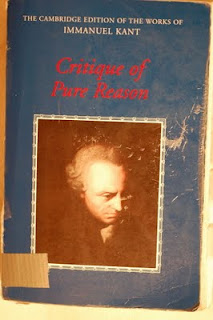