Taking a resilience approach to restoration in the region might be helpful as a way of addressing challenges for both the governance of conservation lands and for the development of restoration management approaches that increase the efficacy of restoration. The Chicago Wilderness Recovery Plan identified the primary factors contributing to the relatively poor ecological quality of the region’s biodiversity (Council 1999). The fragmentation of urban habitat, invasion of non-native species (and in some cases native weedy species), fire suppression and so forth, all contribute an assessment that much of the protected habitat is degraded (Consortium 2006). Specific restoration challenges in response to these issues are certainly not unique to the CW region but are substantial: removing and preventing reinvasion by problem species such as European buckthorn (Rhamnus cathartica) in woodland and savanna; managing migration rates between conserved patches, and establishing buffer zones around targeted lands in a fragmented landscape that is subject to pressures of urbanization in a large metropolitan area (See Fig 1 for Green Infrastructure Vision); and marshalling support for sometime controversial management techniques such as removal of mature trees to create savanna; removal of invasive shrubs, such as buckthorn, that are viewed by some as desirable visual buffers; use of fire near residences; culling of deer populations to prevent overgrazing; etc. In the face of these very considerable challenges CW Biodiversity Recovery Plan not only is committed to improving the ecological condition of these systems but of restoring them to “long-term viability”. The challenge of returning systems to long-term viability is an especially difficult one, however, since historically even sites that have seen improved ecological conditions need extensive ongoing management in order to sustain them (Hobbs 2007). Although restorationists recognize that management is a long-term endeavor, nevertheless it may be possible to institute more effective and efficient strategies. Reframing the challenges of restoration in the context of resilience theory may be especially helpful – we call this Resilience Oriented Management (ROM). We provide the following example to illustrate.
Read more »
Posted by DublinSoil at 7:26 PM No comments:

Notes on a positive account of the ascetic impulse

by Liam Heneghan
A SPIRITED AND POSITIVE ACCOUNT OF ASCETICISM IS PRESENTED by Kallistos Ware. Ware is a lecturer in Eastern Orthodox Studies at the University of Oxford and a bishop in the Greek Orthodox tradition. With G. E. H. Palmer and Philip Sherrard, he is a translator of the Philokalia, a collection of texts written between the fourth and fifteenth centuries by monks and saints of the Eastern Orthodox tradition. A recurrent theme in the Philokalia is Orthodox prayer tradition called hesychasm. This practice emphasizes a withdrawal from the senses into prayer. The fruits of ascetic practice are freedom (who is more free than she who has nothing), beauty, and in joy. Two basic aspects of asceticism in particular illustrate his case: anachoresis and enkrateia. The former term denotes withdrawal, the later self control.
The ascetic leaves home, withdrawing to another place, traditionally a wilderness. This gesture of exile itself is neither positive nor negative; though typically this has been seen as world-denying, turning one’s back on fellow-humans and concerning oneself exclusively with personal salvation. The self-seclusion of the hermit is hard to regard as anything other than selfish, and confers little benefit to the community. Ware recognizes a pattern in the life of many of the ascetics of a flight followed by a return. Even if the return is not back to the fleshpots of the city to minister there, oftentimes the ascetic makes himself available for the spiritual leadership of disciples who follow him into the wilds. St Anthony of Egypt (231-356) is paradigmatic here. He remains in the desert but is no longer alone, enclosed as he was for two decades in an abandoned fort, but now offering spiritual guidance to visitors, and taking disciples under his care.
Read more »
Posted by DublinSoil at 8:55 AM No comments:

1. Introduction
Chicago is the largest city in the US Midwest, and the third largest in the country, with a metropolitan population of 2.7 million people . The greater Metropolitan Statistical Area (MSA) to which Chicago belongs has a population of 9,461,105. The density within the city is 20 519/km2, which is more than fifty times denser than the state of Illinois as a whole. The radical and rapid transformation of the landscape that has occurred over the past century and a half in order to accommodate this burgeoning population might suggest that Chicago is not an especially promising place to undertake a large scale conservation effort. However, th 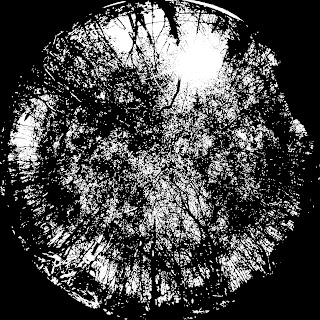 e region supports conservation effects that are recognized as significant at the local, national and international scale. That significant biodiversity protection occurs in Chicago is a consequence of the region’s climate and its evolutionary and ecological history, as well as being deriving from decisions instituted by the human population, both before and after settlement of the region by European and other non-indigenous populations (hereafter referred to as “settlement”), that resulted in either setting land aside from development or maintained the characteristic biodiversity of the area.
In this chapter we summarize the factors that shaped the biodiversity of Chicago and its hinterland and point out the conservation significance of these ecological systems, addressing why conservation effects directed at Chicago’s biodiversity has importance locally and beyond. Our main focus in the chapter is the work of Chicago Wilderness, a regional biodiversity alliance commitment to protecting nature and enriching the lives of the residents of the area. Chicago Wilderness has for over a decade served to coordinate the efforts of a diverse group of institutions included federal, state, and local agencies; public land management agencies, conservation organizations; and scientific and cultural institutions. We describe the history and structure of the alliance and describe the four key initiatives of Chicago Wilderness, namely, 1. Restore the health of local nature, 2. Green infrastructure, 3. Combating climate change, and 4. The Leave No Child Inside program. Although Chicago Wilderness has received much positive attention over the past decade and its work has been recognized by planners, academics, and editorialists, and by the agencies that make up the alliance, the efforts have not been without controversy. We give examples of the controversies and indicate how the alliance has learned from them.
Read more »
Posted by DublinSoil at 10:48 PM No comments: