My Question for Graham Harman regarding Scientific Materialism 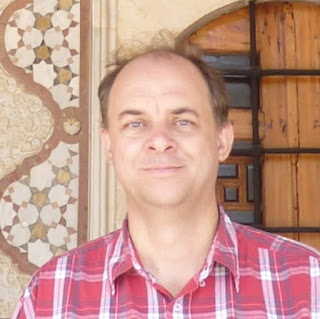 Graham Harman spoke at DePaul today on “A New Look at Identity and Sufficient Reason" to a packed room.  His paper was a relatively straightforward account of some differences between his Object-Oriented philosophy and the work of Quentin Meillassoux.  These differences are, I expect, well known to those who are following the speculative realist literature so I am not interested in recounting them here.  Harman’s paper was structured so that he could provide a succinct and readily accessible account of his own thoughts on object-oriented ontology (OOO).  It was very helpful to novices such as I am.

The questions that followed were probing, querulous to some extent, but the exchange was good humored and Graham gave a stout defense in respond to any objections that were raised.  The only question that seemed to give him real pause, or so it seemed to me, was one from Will McNeill (who chaired Harman’s dissertation committee back in the day), who suggested (if I am getting this right) that Heidegger had abandoned his phenomenological approach of the 1920s and by the mid-thirties in, for example, The Origin of the Work of Art had been doing a type of philosophy that began with the object.  That is, McNeill was ratifying a certain distinction between early and later Heidegger that Harman is not prepared to concede.  Harman has called Heidegger “a rather monotonous philosopher”.  The exchange was fueled by a high-octane level Heidegger-speak that is above my pay-grade, so to speak, but if I followed the thrust of it, it hinged on the question of whether Heidegger himself took the object-oriented turn, thus blunting some of the claims that OOO is more out of the mainstream of continental philosophy than it might seem.  I did appreciate Harman’s taking this on board and he seemed to indicate that he’d give it some more thought.

My main purpose in this short post is the restate a question that I asked and would like to hear more on at some point.  The question is a simple one, and may have been so simply stated that the question was not especially clear.  In the circumstances I cannot be dissatisfied with Harman’s response.  Noting that I am a scientist by training (an ecologist) I suggested that natural scientists were already, in some respects, naïve realists.  And if that is the case I asked what OOO does for or to science.  I had in mind here a couple of things.  Firstly, scientists generally would have little objection to the notion that inanimate objects should be given the same priority in our thinking about the world as the human-object relationship. They act, that is, as if they are outside a correlationist circle, mainly because most of us have never considered that we are in one in the first place!  Natural science doesn't have an ontology at all in the (trivial) sense that scientists typically proceed without systematically inspecting their ontological commitments!  Secondly, I also had in mind Harman acknowledgment that OOO seems to have something in common with scientific materialism (which is, of course, not the same thing as doing science).  In The Quadruple Object he finds a number of problems with scientific materialism.  One of these is that the object-object relationship in scientific materialism is “insufficiently realistic” because it “does not raise the genuine philosophical problem of how two entities can relate…”  This seems right to me, but I am interested then in how OOO might do a better job in relation to science than materialist accounts do.

In Graham’s response he correctly pointed out that philosophy should not be in the business of being a handmaiden to the sciences (fair enough!).  Scientists will have to see for themselves how their practice might respond to emerging developments in ontology.  However, it seems unlikely that they will as most will remain happily unaware that they either are or are not on shaky ground as the philosophical landscape swirls and changes around them.  There are costs to this cavalierness - something I'll write about later.

Graham did make some potentially helpful comments about OOO and one branch of the natural sciences in particular – ecology.  Noting that Tim Morton (one of the OOO band) is doing interesting work in this area -- I am very enthusiastic about Tim's work, by the way -- , Harman indicated that with Morton’s notions of the mesh, strange strangers etc. that ecology would have to revisit its notion that "everything is connected."  This is interesting to me since as an ecologist I can assure us all that ecology as a scientific discipline is as much concerned with the limits of connection as it is with connections per se.  If everything was indeed connected this world would fall apart like a game of jenga!  I am not quibbling with Harman here, I just want to note that there is some potentially exciting work to be done in introducing object-oriented philosophers to natural scientists and vice versa.  This is not work that many philosophers or scientists have an appetite for, and most need not respond to the call, but for those that do, the results of the dialogue will be interesting.

It was a very stimulating afternoon and I thank Graham for it.