Climbing Down the Mountain and Into the Ruckus – A Newer Environmentalism 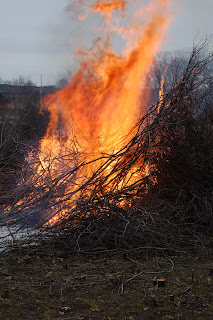 This is the first, introductory posting from our new DePaul Institute for Nature and Culture group blog.... click at the end of the page to visit.

Like many environmental researchers I started my career looking for nature in its purest, rawest form.  I thought I had found that in the 1980s in the Irish National Parks: in Killarney, Glenveagh, Wicklow and Connemara.  From the vantage point on these remote, lonely and, yes, very rainy parts of Ireland, all other Irish landscapes looked to be pretty thin ecological broth.  These other places – cities, towns, suburbs, farmland – were not the places in which nature, as I understood that word back then, could thrive; they was certainly not the places where a youngster looking for a experience of the wild should waste his time.

What I found in these National Parks was not, of course, wilderness in an unblemished sense.  Though terms like “pristine wilderness” pepper the promotional literature of the Parks, nevertheless, these are cultural landscapes in which people had lived, lands that previous generations had worked – timber was selectively removed from the forests, there is evidence of small scale mining strewn about the woods in Killarney, livestock was (and in some cases still is) still grazed on the mountainsides.  A walk along the deserted Old Kenmare Road in Killarney National Park is made lonelier and more poignant still by the presence of so-called lazy beds, where potato had been grown before the Irish Great Famine in the 1840s.  This is a park where the ghosts have just recently set aside their implements and they are no less interesting, it seems to me, because of their spectral qualities.

Read on here We plan for this to be an interactive as possible... don't hesitate to comment and join the conversation.

Posted by DublinSoil at 4:48 PM