The Heart and the Beard: a surgical story told mainly in aphorisms (of 140 characters or less)

To celebrate the end of summer and my imminent return to work I am reproducing the story of my descent into and ascent from cardiac hell earlier this season.
To Vassia, best friend and partner in matters of the heart! 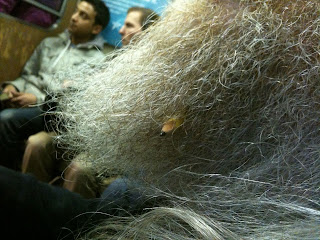 Context: The young doctors who had been prodding me a day or so after an appendectomy ran alarmed from my hospital bedside to call in a senior consultant.  As a consequence of the high temperature I was running, a heart murmur, presumably there since birth, sounded especially pronounced.  Each beat was followed by the acoustic swish of blood plashing back into the chambers of my heart.  A follow up with a cardiologist in Dublin confirmed that the aortic valve was defective (stenotic and regurgitative) and that, at some point in my life, it would need to be replaced.  I doubted this.  The year was 1978; I was fifteen years of age.  This, coincidentally, was also the year I grew my first beard.  A fine display of very fine chin-hair; I have sported aggressive facial hair since that time.
Though I doubted that my heart would ever need attention (I felt immortal in those days), nevertheless, I had my various doctors through the years examine it.  In the mid 1990s a doctor in Georgia, one whose name reminded me of non heart-healthy products, told me that without immediate surgery I would die.  The news was a jolt and so consternated my beloved that she got her one and only parking ticket as we ruminated upon this news in Jittery Joe’s in Athens.  Follow up examination revealed that the EKG leads used in that heart test had been switched round and the doctor had been seeing my heart inverted – the ventricles seemed atrophied and my atria appeared to be perched on that malformed muscle like outsized berets.
At the end of last year while traveling in India with students I  experienced some difficulties that retrospectively appeared to have been signs of congestive heart failure.  Subsequent visits with my physician, my cardiologist and my cardio-thoracic surgeon resulted in my going in for an aortic valve replacement on May 10th 2011.  Typically, I wait for years before writing about personal events; however, I had been tweeting on the topic in the weeks running up to this surgery, and had provided some commentary on the subsequent and ongoing recovery.  During the week of the surgery, a relatively miserable one, I had been digitally silent; however, I jotted down some observations which I now reproduce as part of this twitobiography (“The Missing Tweets”). In reviewing this output I noticed that my beard and my heart, twinned since my teen years, had co-starring roles in this little drama.

Pre-Op Tweets
1.      Whenever I see my doppelgänger these days, it's pretty clear both us have seen better hair days.
2.      You shave my groin and ask me when I last used Viagra: Oh angiogram nurse you old flirt!
3.      The heart: the evolution of the coelom made it private; iodine dye makes it manifest.
4.      Observation:  A subcutaneous hematoma is hilarious till it happens to you.
5.      According to last night's dream my beard is detachable. Cool.
6.      My life has become Greek myth: cardiologist visit today to determine how much of my heart needs to be cut out of my living body!
7.      So doctor, when you say "we are going to have to pop a new valve in”, are you referring to my bicycle?
8.      If only I could get bear cartilage for my knees; that along with my new pig valve would make me Al Gore.
9.      There's a pig out there growing me a new heart valve. Frankly Pig, I'd prefer to eat you as rashers and sausages.
10.  Humorous and terrifying. Great qualities in a B movie. In a surgeon...not so much.
11.  What I was calling “challenging workouts” was congestive heart failure. What else have I been misidentifying?
12.  An elite surgical unit, a Seal Team for impaired flesh will rappel into my chest's fortress next week; bye-bye useless flap of flesh.
13.  Excellent news: though my heart is still f*@ked, my beard got a reprieve. Repeat: no beard removal.
14.  To assist my cardiologist I am going to swab internally with alcohol before any procedures.
15.  Preparing playlist for descent to hell. Counter-intuitive maybe: but I am going down with Bach, then re-ascending to Gallagher's guitar
16.  Side note: Valvefest 2011 postponed till later in the summer; replaced by Porkfest 2011 in Fall.
17.  Kid in coffee shop (brightly): You look like Santa! Me (tartly):...or Karl Marx; Her:... ! Me:....! Her (emphatic): No.., like Santa.
18.  So long for now friends and thanks for all the fish. 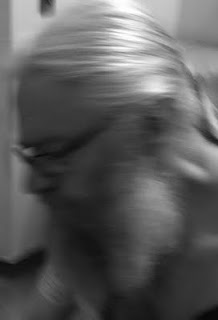 1.      V misdirects me on proper garbing protocol for a surgical robe – the rule it seems: genitals covered, arse exposed!
2.      Research assistant wants permission to study my response to intraoperative pain medication. Pain relief by coin toss.  What could go wrong?
3.      Surgeon marks my sternum with lavender marker – I wonder do cooks provide this aesthetic service to Dublin bay prawns?
4.      Anesthesiologist declares that despite previous assurances beard must go.  He and V share a complicit look; V hoists fist in victory.
5.      Last thing I remember before surgery: a growing bank of soft graying beard hair accumulating up on my chest like ploughed slush.
6.      First post-op words (lentement): W-a-t-e-r or some b-e-e-r might be nice!
7.      Anesthesiologists cautiously interviewed me post-surgery - the consensus is that I was awake during the operation. Will this be in a study?
8.      Night seems different somehow when you experience each moment of it - head pounding, chest searing.
9.      Delirium tremens: Pissed off with the intensive care nurse who tells me that my sweats are from “coming off the alcohol”.
10.  Oh my, how they must have laughed assembling the menu for the a la carte hospital dining.
11.  Flesh over sternum re-glued: I look like a walnut that has been smashed and carelessly reassembled.
12.  This man whose hands have palpated my heart doesn’t do small talk.
13.  In theory I know I have innards, I simply don’t have the urge to fill them with “old fashioned pot pie”, or indeed anything.
14.  When you specialize in heart ailments you can’t be expected to know much on afflictions of the head.  Headache, my worst recovery obstacle.
15.  What graciousness in the universe has determined that the only food I can seriously consider is a milk shake?
16.  Wandering gingerly and bent through the hallways of cardiac unit, long gray hair flowing, cheeks beardless, referred to as “Mam”. Low point.
17.  20lb overweight with surgical fluids; each footfall sploshes.
18.  Mistook the night nurse’s gentle grasping of my hand as a maternal gesture during my hour of need.  But she was just checking my pulse.
Post-Op Tweets 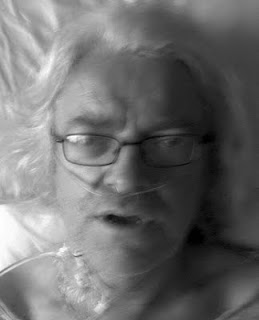 1.      Nightmare: night; feeling dread; kitchen of childhood home; light switch, body slowly drawn off feet, crystal glass in hand, hand immobile
2.      I think I have invented a new way of snoring; the trick is to snort only on the exhale.  Try it out and let me know if you like it.
3.      Because of the surgical removal of my beard, I now look like an elderly Irish poetess.
4.      Open heart surgery: open hearted smiles' uglier, meaner cousin, loses its charm very quickly. Avoid it.
5.      Sleep: extended period of immobility accompanied by phantasms + snorting + gasping, which seemed to last 8hrs but in fact was only 2.
6.      Post-Op Rumination: Amazed by the number of things that must simultaneously be working well for us to not feel like shit every day.
7.      Nightmare: headless body of Macbeth witch; maggots like a collar on neck and cheek; wanting to touch me.
8.      Recovery note: a small piece of beard not removed in the OR, a sort of piliated vestigial organ, was cleanly removed by V this morning.
9.      Slept though night, no nightmares, chest pain feels like moderate workout burn, scar still like a pink walnut shell. 75% miracle?
10.  Loving this man-swine collaboration going on in my chest: it sure delivers a wallop of O2, and makes me good at rooting out tubers.
11.  Was not expecting to be able to make Nutella crepes for the young Masters Heneghan so soon after the surgery.
12.  Back in hospital. Slight lung collapse. Can't wait to order off that delicious menu again.
13.  Thankfully there’s only one clot in this hospital room (and it’s not in my lungs). Perhaps I shall be unleashed #FreeLiamNow
14.  Released on my own recognizance.
15.  Unseemly noise: the two sides of my sternum gliding slightly against each other like tectonic plates passing along the San Andreas fault.
16.  Heinous new post-surgery symptom: an addiction to Glee.
All photos Vassia Pavlogianis (the first illustrates the usefulness of a beard as a pencil holder).
This piece originally appeared on 3quarksdaily.com
Posted by DublinSoil at 9:21 AM

Email ThisBlogThis!Share to TwitterShare to FacebookShare to Pinterest
Labels: Surgery