Niles Eldredge, curator of invertebrate paleontologist at the American Museum of Natural History, has maintained eclectic interests over the course of his career.  He is an expert in trilobites (extinct early arthropods), co-creator with Stephen Jay Gould of the punctuated equilibrium hypothesis (which challenged conventional thinking on the tempo of evolutionary change), a vocal opponent of creationism, an impassioned writer on contemporary environmental issues, especially on the issue of biodiversity loss, and is known for his collection of trumpets and cornets. 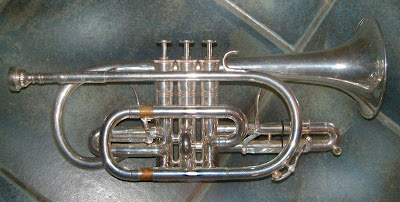 Eldredge’s initial interests at Columbia University were in anthropology though during an ethnographic fieldtrip to Brazil in 1963 he found himself more interested in collecting fossils in a nearby reef than in life in the fishing village that the research team was visiting.[1]  He went on to receive his PhD in geology at Columbia, but nevertheless retained an interest in culture, especially on the question of connections between biological evolution – oftentimes restricted to explications of changes in the anatomical hard-parts of organisms – and the evolution of culture.  Humans are pronouncedly cultural organisms, an aspect of their constitution that confers upon them behavioral flexibility and capacity for rapid change that exceeds the speed of typical biological change.  From this perspective, can it be claimed this it is our capacity for culture that primarily determines our species evolving relationship with our environment?

That culture in large part determines our environmental prospects is a contention that Eldredge examines in his book Dominion.  To see the force of the argument one must take the long view.  The emergence of culture must be seen as an outcome of those same evolutionary processes that produced, let’s say, the compound eyes on a trilobite.  Eldredge says:

"We have reached our present precarious position as an outcome of an ecological evolutionary course on which our ancestors embarked at least 2.5 million years ago.  And our deep evolutionary history - hence our deep evolutionary future - is a story of shifting positions vis-à vis our approach to the natural world and its component ecosystems."[2]

If contemporary environmental problems are an outcome of changes, conceptual (new ideas about “nature”), technological (new tools and more energy to do the business of world transformation), and institutional (new social arrangements), that influence our ecological dealings with the world we live in, then we will benefit from knowing how these changes came about.  Or at least, this is the claim made by Eldredge.  Other scientists taking a similar tack are ethologists, sociobiologists, evolutionary psychologists, and advocates of Darwinian medicine all of whom advocate an evolutionary approach to understanding our present circumstances.  We are constrained by the past, but are liberated by insights into those constraints since those paths that are not closed off are ones we might plausibly take.

The view that a capacity for culture is an evolutionary outcome should, of course, be as unsurprising as contemplating the evolution of any other character related to the behavior of an organism.  The mating systems and related behaviors of animals – head-butting competition by Barbary Sheep, or harem-formation in gorillas – seem to call for an evolutionary explanation, and yet the capacity for culture seems to be taken as that characteristic of humans that takes us out of nature.  We have nature on the one hand and culture on the other.  It’s as plain as black and white!

The fact of culture confers upon the bearer a certain freedoms and elasticity has struck several commentators as important.  Ecologist Paul Sears, for example, saw this as precisely the capacity that distinguishes us from other organisms
He wrote:

“With the cultural devices of fire, clothing, shelter, and tools [Man] was able to do what no other organism could do without changing its original character. Cultural change was, for the first time, substituted for biological evolution as a means of adapting an organism to new habitats in a widening range that eventually came to include the whole earth.”[3]

In his entertaining account of the new paradigm of telescoping evolution, captured in Richard Linklater 2001 film Waking Life, Eamonn Healy, a professor of chemistry at St. Edward's University in Austin, Texas, described how rapid changes dues to cultural evolution will lead to the emergence of the “neo-human”.  One supposes this is a good thing.  Certainly, such eventualities and wild temporalities are characteristic of a new order and are not in the province of the old and cold (biological) evolutionary processes.

Assuming for the moment that the emergence of culture represented a threshold, after which humans are less bound to a set of preordained genetic edicts, nonetheless, it is important to distinguish the products of culture from the capacity for culture.  This is a distinction that I anticipated above.  When we examine the particularities of culture – who did what when – we don’t necessarily expect there to be a genetic component to these.  There may be interesting gene-culture interactions, but not all cultural attributes are genetic.  A capacity for culture, on the other hand, is something that requires particular mental attributes, a type of mental architecture.  To speculate about mental architecture is to pose, at first glance at least, a more traditional evolutionary question.

Understanding the evolutionary basis for cultural capabilities allows one to speculate about difference between humans and our closest relatives in general terms.  Chimps may have some competence but does it confer on them the same elasticity of responses to environmental circumstances?  Stephen Mithen considers such matters in his account of human’s cognitive fluidity.  Christophe Boesch and Michael Tomasello, describe some important similarities between chimp and human culture which they say indicates shared evolutionary roots.  The two pronounced difference that they discuss include the way in which language in humans can allow for vaster cultural dissemination in space and time than in the case for chimps and the way in which human cultures rely more extensively on cultural accumulation – a sort of “ratchet effect” whereby cultural modification amplify over time.[4]

The significance of Eldredge’s suggestion concerning the importance of examining the evolutionary roots of current environmental is illustrated in some accounts of our contemporary environmental predicaments.  For instance, in his 1997 book Eco Homo Noel Boaz claimed:

“What evolved as a superior energy-extracting systems for human groups in the marginal habitats of the Pleistocene was a machine the over-produced in times of plenty.  Culture in the hands of the first agriculturalists 10,000 years ago increased population densities, created diseases unknown to earlier hominids, built the first villages and temples, and gave humans the pervasive misconception that they were above the laws of nature even as they rushed headlong into a despoilment of their habitat unknown in any other species.”

Culture, like our faculty for packing on adipose during lean times, is presumably a product of natural selection.  Even if one can give a full account of its significance for the fitness of Pleistocene humans, this capacity may either constrain our response to our current problems, or may, of course, result in the emergence of the neo-human who is either impervious to the rigors of a fouled planet or else has the wit and fluidity to do something about it.
[1] Contemporary Authors Online, Gale, 2008.
[2] Eldredge, N. 1995. Dominion. Henry Holt and Co; paperback edition, University of California Press, 1997
[3] Sears PB. 1957c. The Ecology of Man. [Oregon State System of Higher Education, Condon Lectures.] Eugene, OR: University of Oregon Press.
[4] Christophe Boesch and Michael Tomasello (1998) Chimpanzee and Human Cultures . Current Anthropology 39.5  591-614.
Posted by DublinSoil at 4:26 PM