I read this today at the memorial service for my dear friend Patricia Monaghan who died too young. 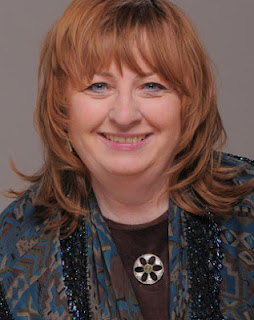 It is with sadness, of course, that I say a few words on the occasion of Pat Monaghan’s passing. We all know that this was too early, too early by decades. My heart is with Michael McDermott and with Pat’s family and all of her friends, her many, many friends.

Death is the limit of words. We will see no more additions to the dozens of books, essays, poems, works of criticism and so on that made Patricia such a great scholar, and an unparalleled interdisciplinary researcher. No more will we get updates on her garden, vineyard, on her teaching, on all of the projects that made her so vital.

Death is the limit of words when we are reminded of how much there is to say about our departed loved ones, and how poorly words capture what is in our hearts. How can I capture in a few or even in many words a friendship that has lasted over a decade? I find that I cannot. I don’t want to say anything, rather I’d prefer to play that time over again, but this is not given to us to do.

So yes there is sadness. Much sadness. But as I thought over the last several days about what I could say here, it became hard not to have some of that sadness crowded out by gratitude, by a certain merriment in memories of her, by a pride in having known her, by joy for the legacy she left with us.

Patricia made us all smarter because she was so smart. She was not, we all recall, one of those people who purported to know more about our own chosen fields of expertise, rather she was the sort of person that shared our interests and wanted to know what we knew. It made her the most generous of listeners, and yet she always amplified a topic by the conversations she engaged us in. There was always an interesting, and entertaining, and wise angle. For instance, I work on invasive species, and the invasion of the land in Black Earth where she lived with Michael was a concern for her. But once in a discussion on the topic she told me that in conversation with a native woman in Alaska she’d inquired what the traditional people make of one particular invasive plant (I can’t recall which one, it may have been garlic mustard). The woman replied “What do we make?  We make soup!” Of course this entertained her because more than any other serious scholar I know Pat made things - a gardener, a winemaker, a knitter, a cook, poems, encyclopedias, a maker of friends, a teacher, a founder with Michael of the Black Earth Institute, that great arts and the environment think-tank.

Patricia made us all more entertaining because she was so entertaining. In the days after her passing I kept picturing Pat laughing. At her home in Beverly back in the day, at her home in Brigid Rest in Black Earth, hell even at committee meetings at DePaul she laughed. She would laugh and bring the back of her hand to her face to wipe away irrepressible tears of laughter. Not only did Patricia bring joy she was always prepared for joy. She was a great story teller and she brought out the stories in others. For several years in a row I would visit Pat and Michael at Black Earth with my family. My boys, who at the time when we started visiting them would have been pre-teen and a teenager. I asked Oisín our youngest what he recalled of the earliest of these visits: “Catching fireflies, picking blackberries, Space balls (they have a VHS player), and cheese curds!” Not only did we all love the house, and walking the land, and picking the blackberries we loved sitting by the fire in the evening with Pat and Michael. I bring this to mind because I fondly recall both of them telling stories there for the first time. Sitting in the circle around the fire, looking out across the land, the boys were called to that world that unites childhood and the world of adults, the world of stories. Fiacha, my eldest, pretended to be pulling on a pipe-full of tobacco as if he were a seanchaí of old. Patricia, in so many ways the most modern of women (she took to online teaching for example with reservations, of course, but not without her customary skill) but she also brought out the perennial and enduring in us all.

Patricia brought out the best in us, because she was the best among us.

I want to close with a poem of Patricia that she wrote for a volume (Brute Neighbors) that Chris Green and I edited last year, a reminder of her work.

Storm Lessons
By Patricia Monaghan
1. Somewhere, right now, one is brewing.
2.  The wind is not trying to get in.
3.  In high winds, songbirds sing.
4.  It is not storms that rage and batter.
5.  Butterflies migrate within.
6. The beauty of inky clouds
over a churning white lake and
the beauty of a still summer meadow
are equivalent.
7.  Storms storm.  It’s nothing personal.
8. They end
Posted by DublinSoil at 5:43 PM