Lost For a Moment in Popo Agie Wilderness Area 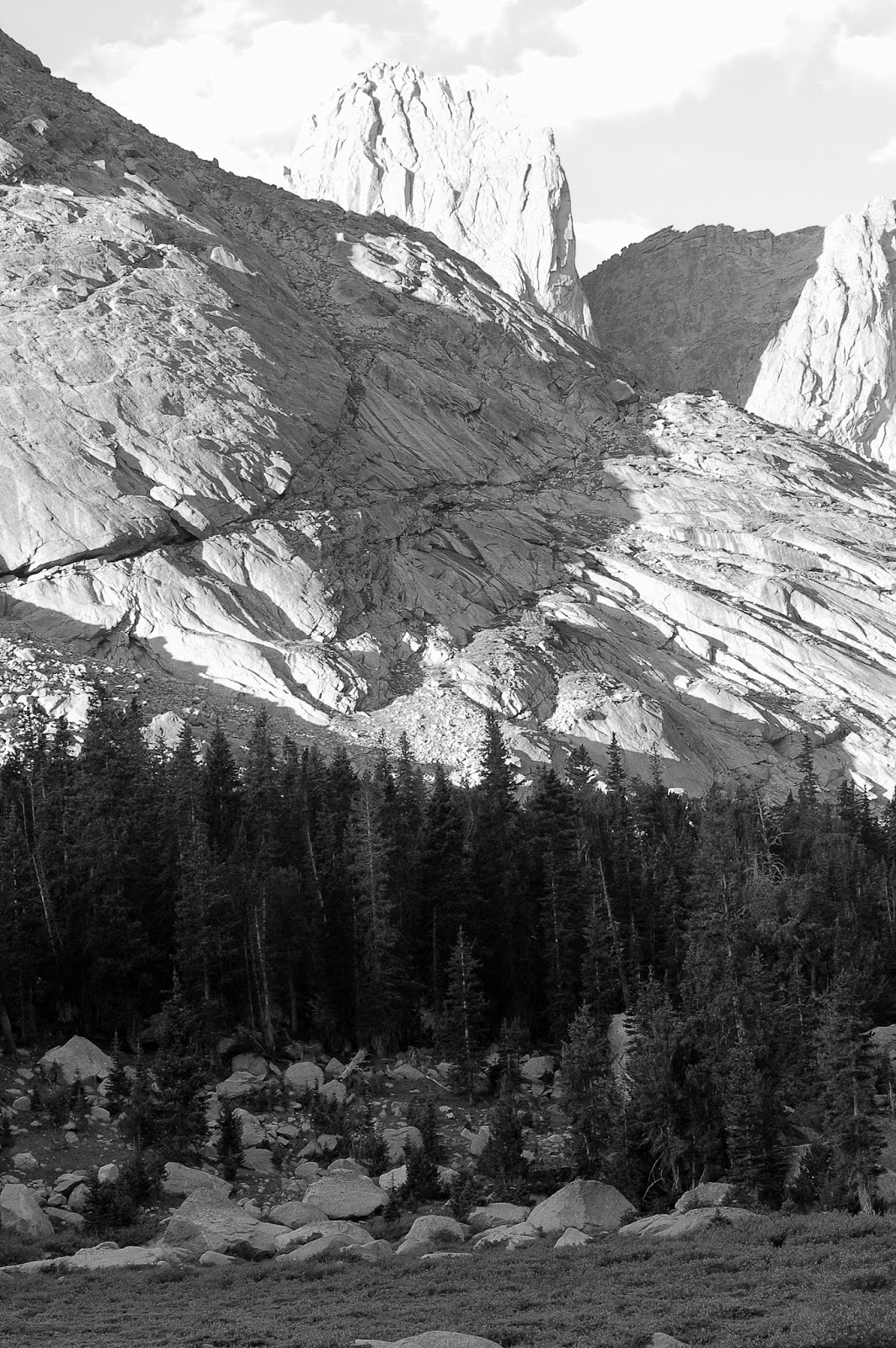 Almost a decade ago I made a small blunder along the trail through the Popo Agie Wilderness that almost cost me my life. That Wyoming wilderness area encompasses over one hundred thousand acres of granite peaks, narrow canyons, glorious alpine valleys, and icy lakes and streams. Twenty of its peaks exceed 12,000 feet, including the Wind River Peak which rises to 13,255, and though it is frequently visited by climbers, for the most part we walked alone through the vast landscape.

I hiked in there for a few days with a veteran of those trails. His son-in-law was the third of our little party.  It was late summer and there was already a slight bite in the air suggesting the oncoming of autumn.

Even now, these several years later, at times I glance at a map of the region reminding myself of where I lost the trail and struck out towards oblivion. It was late on the first evening of our hike and we were hoping to make good progress into the back country before we made camp. Although I was a seasoned camper, having slept under canvas close by Irish National Parks for part of each summer during my college years, I had never been in such formidable wilderness, nor had I ever been on so arduous a hike. But I was poorly prepared for the trip, having, in retrospect, a false confidence in my own charmed life and an assumption, that I now regard as almost fatally flawed, about the fundamentally benign nature of the world.  No map, no compass, no food in my pack, no survival gear, no clue.

We had incautiously spread out along a mile or so of trail.  I was to the rear, having deliberately slowed my progress so as to enjoy solitude. My wilderness reverie had been punctured a little by a small party who were packing out of the area. We nodded our hellos and on I walked, slightly vexed that our group was not, in fact, alone.  They were the only people we saw that day.  It was fortuitous that they were there it turned out.

The day wore on, the sun was low, and the sparkling gray of the granite was replaced by the slate gray of the early evening sky. On and on I trudged.  Enough light remaining to illuminate a descent into the pretty valley where we were to camp, but not enough for me to clearly discern my companions who, for all I knew, were now setting up their tents.  Perhaps dinner would await me!

The sound of evening in Popo Agie Wilderness is a rare delight. Crystal clear alpine streams gurgle, birds fidget in the scrubs, and the wind mutters through the grasses.  As I walked along I became aware of a muttering in quite a different key.  Eventually, I turned and scanning the horizon I saw the hikers I passed on the trail waving down the valley at me.  They were, in fact, yelling at me, though the wind muted them.  I waved back begrudgingly, not at all impressed to have my evening so disturbed.  I turned back to the trail but the yelling continued.  The Popo Agie Wilderness gets an occasional grizzly but it seemed unlikely that this was what they wished to warn me of. Perhaps I had missed some wonderful sight — the geology of the region is quite spectacular — I looked around that spot. Moments went by and though I could not make out what they were saying, nor could I discern the meaning of their gesticulations, all of a sudden, it dawned on me that I was going in the wrong direction, heading away from rather than towards my companions. Thus, thanking them, with a acknowledging wave, I retraced my steps and eventually rejoined my friends.

Now, I realize that this may seem like the smallest of matters.  After all, had I really been in all that much danger? I had been on the wrong trail for no more than thirty minutes, and a little light remained in the sky. Though in winter the temperatures in the Popo Agie, even in the valleys, can plunge to minus forty below, in late summer the nights were merely cool.  Indeed, my misstep seemed so inconsequential that when I caught up with my party I decided not mention it.  Perhaps, though, it was shame.

In quiet moments ever since I have speculated about the journey’s end if those hikers had not intervened and had I simply marched on.  When would I have realized I was not catching up? Was that trail leading to some temperate valley where I could have bedded down for the night, albeit hungrily, or down inhospitable scree and into a freezing lake.  And having discovered myself alone and map-less would I have subsequently hiked back successfully to Landers, the nearest town, or gotten lost in the 1400 square mile Wind River wilderness complex of which Popo Agie is just a tiny part.

What I learned, though not on that day it’s true, but rather in slightly panicked later re-enactments as I looked at those maps, is that what the wilderness means is that to be unprepared is to flirt with perishing.

Posted by DublinSoil at 4:25 PM