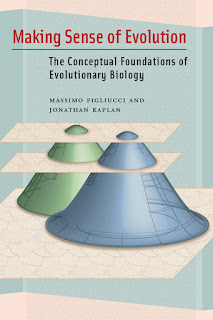 Alternatively one might just have at it.  Since we're in the position of being unable to test many of these ideas comprehensively we might entertain ourselves with increasingly implausible speculations knowing that they are no more nor less defensible that any others.  Indeed, the very tendency to speculate about human evolution may itself be an exquisite adaptation for befuddling and stymieing one’s intellectual competitors with tall tales.  S/he who is the greatest evolutionary fabulist and the least concerned with the exertion that accompanies hypothesis testing might be less prone to the life's depression inducing realities.  Or this trait may, of course, be a product of runaway sexual selection.  What could be sexier that a marvelous yarn about one’s origins? Are those humans who construct the splashiest evolutionary fables simple the peacocks with the prettiest ass feathers?
Posted by DublinSoil at 10:56 AM