My latest essay in Aeon magazine: 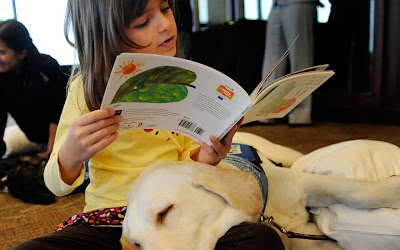 There are times when I’m Skyping with my father that, for a moment or so, I confuse his image on the screen with mine. We are both grey-haired and bearded now, and though his facial wrinkles are more deltaic than mine, the resemblance between us is close enough to fool me briefly. After all, in my first memories of him, he was fully eight times my age. Now that gap has shrunk, and he is less than twice as old as me. But for the saving graces of some sort of Zeno’s paradox of ageing, I might catch up with him soon.

My first memories of my father are of him reading to me. Or rather, they are of him reading to all of us, his children, seven pages each, in turn. In the earliest memories, there were three of us, later six. We would be in my sisters’ room, tucked in, with me at the tail end of my sister Anne’s bed. Clare, the eldest, was first, then Anne, and then me, each of us indifferent to the stories read to the others. Clare pulled on his earlobe, sucked her thumb, and listened. By the time my turn came, he was often sleepy but, if he nodded off, we prodded him back to his duties. I can still recall some of those early reads. There was Ben Ross Berenberg’s The Churkendoose (1946), an unfortunate creature, ambiguously part chicken, turkey, duck, and goose. There was Noel Barr’s Ned the Lonely Donkey (1952), the farmyard beast that does his best to make friends. There were also rhyming stories, bird books, and evocative tales of prehistoric giants.

Some years later, my teacher, Mr O’Leary, would read J R R Tolkien’s The Hobbit (1937) in school as a reward for good behaviour. I was enchanted by the story, so my father bought me a copy, and it became the first to give me that distinctive pride that comes from possessing a special book. From my reading of The Hobbit I date my love of woodlands, a love that has shaped much of my life. Two decades later, I read to my eldest child from that same special copy.

Those bedtime stories, read in the crevices of the day’s end, were meant to prepare us for a night of that twitching repose that passes for childhood sleep. But looking back on them now, the nightly stories also irrigated our imaginations, preparing us for the day that followed. They steadied us for the small tribulations of school, and primed us for expeditions to the outdoors of garden and neighbourhood and, during the weekends at least, our visits to the beaches of Dublin.

Read on at Aeon
Posted by DublinSoil at 8:27 AM